About the Fatherhood Initiative 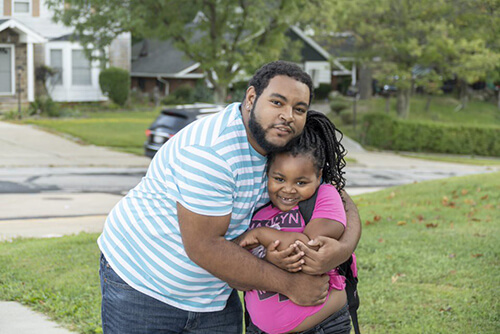 The Fatherhood Initiative began in Cleveland in 2004 under the leadership of Al Grimes. It became the premier organization of its type in the United States. It seeks to strengthen families in our community by encouraging fathers to play an active role in nurturing and raising their children. The Fatherhood Initiative continues to fund programs to assist fathers in promoting the financial and emotional needs of children. It provides options through programs presented by partners in community based organizations.

In addition to other initiatives, the Fatherhood Initiative wanted to ensure fathers are treated fairly when they come to the county for services and included in the process when there are issues involving children. To that end, a county-wide audit was performed and enhancements were made throughout the county. It serves as a resource for county services.

In June of 2005, the Cuyahoga County Fatherhood Initiative hosted the first ever public sponsored forum created specifically for the following purposes.

Over 2,400 dads and their children attended the two-day event. The Annual Fatherhood Conference has continued to grow each year with over 3,000 attendees.